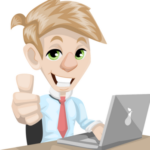 Would you like to install our Progressive web app?

Progressive Web App (PWA) is installed successfully. It will also work in offline